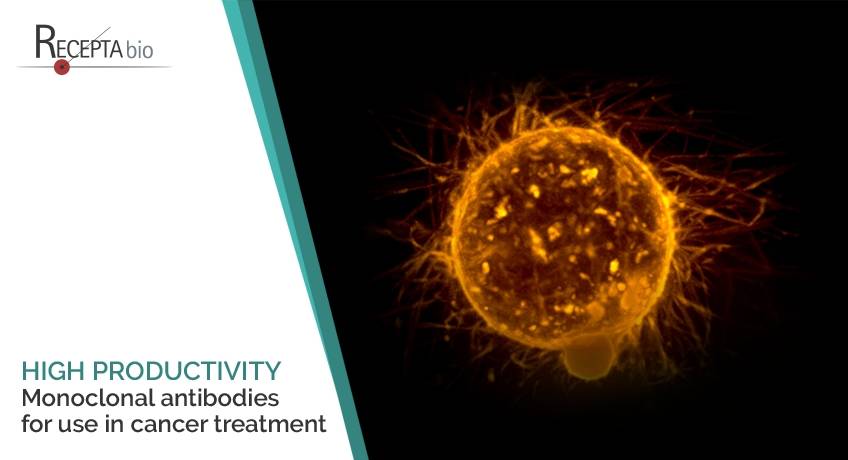 For 20 years, the Butantan Institute has been conducting studies in the production of monoclonal antibodies. In 2012, it reached the apex of specialization with this type of molecule when it finalized a stable, high-productivity cell line that is a candidate for combating several types of cancer.


In partnership with the São Paulo company Recepta, under a project that received funding from the São Paulo Research Foundation (FAPESP) and the Brazilian Innovation Agency (Finep), a team led by Professor Ana Maria Moro has developed scalable biotech material that is now ready to enter production. Recepta has sent the material to a company in Holland, which is producing the antibody that may become a future drug. The product will be used in vial form in clinical trials that begin this year. Phase I of the trials will test toxicity, followed by evaluation of the therapeutic effects of this monoclonal antibody, which has been named RebmAb 200. The drug can be released to market only after positive test results have been obtained.


Monoclonal antibodies are a biotech product that is playing a growing role in cancer treatment. These antibodies recognize certain molecules, known as antigens, on the surface of tumors and bind selectively to them. As a result, the antibodies can act directly on the tumor cell or activate the patient’s immune system, which then begins fighting the tumor. “Around the world, 30 drugs using monoclonal antibodies have already been approved for commercial use. Of these, 13 target cancer while the rest are aimed mainly at auto-immune diseases or transplant rejection,” says Moro.


Identifying and reproducing monoclonal antibodies is a challenging, expensive, and time-consuming task. In the case of the Recepta antibodies, it all began at the Ludwig Institute for Cancer Research, in New York. Researchers there injected mice with tumor cells and then screened to identify and isolate the antibodies produced by the rodents. “In the case of cancer, it is very difficult to develop monoclonal antibodies directly in humans because it is so difficult to identify and isolate cells that can recognize the tumor,” says Moro.


The Brazilian company obtained the rights and signed an agreement with the Ludwig Institute to research, develop, conduct clinical trials, and market four antibodies. Recepta then invited Butantan to form a partnership to develop humanized antibodies – that is, antibodies adapted to human characteristics – and to carry out large-scale cloning of the antibodies in the laboratory. Moro’s team had already done other experiments with monoclonal antibodies but not with the stable high producers needed for the production phase. Earlier, they developed monoclonal antibodies to control transplant rejection, working with the University of São Paulo (USP) School of Medicine’s Heart Institute (Incor) and the Federal University of São Paulo (Unifesp).


In 2007, Butantan’s Biopharmaceutical Laboratory underwent remodeling and received R$2.5 million worth of additional equipment, which was funded by the company itself as well as by a FAPESP-sponsored Partnership for Technological Innovation (PITE) project and a Finep project that partners companies and scientific and technological institutes, both coordinated by Moro. Since then, six researchers from Butantan and another five from Recepta have been working on the projects. They had the task of transferring and expressing genes containing sequences of the humanized antibody to a host cell. Hundreds of clones were then generated by this host. “We then carefully selected the clones by analyzing cell growth, productivity, and the ability to bind to tumor cells in vitro,” explains Moro.


Lastly, three clones that displayed potential for the treatment of ovarian, kidney, and lung cancers were chosen. The team is now finalizing the RebmAb 100 lines, which are expected to be used in the treatment of a variety of epithelial carcinomas (the epithelium is the tissue that covers certain organs of the human body), as well as breast and colon cancers.


“In the case of RebmAb 200, we did the entire process of large-scale generation of cell lines. It was pioneering work,” says Mariana Lopes dos Santos, a biologist with Recepta who holds a doctorate in oncology and who was trained to conduct antibody characterization trials at a branch of the Ludwig Institute in Australia. “I believe it would have been very hard to achieve these results anywhere other than at Butantan, because of its accumulated experience with monoclonal antibodies and production processes,” says Santos.


According to José Fernando Perez, CEO of Recepta and a retired professor from USP as well as former scientific director at FAPESP, the partnership has proven very successful. “The partnership did an exemplary job of realizing PITE goals. Work was carried out jointly in product generation, and technological know-how was transferred to the company.” Perez also cites the review of a FAPESP advisor who stated in his project evaluation that mastering the technology to generate high-producer cell lines is of strategic importance to the country.