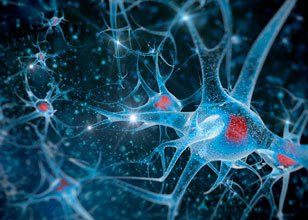 Cancer is the second leading cause of death worldwide, and will account for 10 million deaths in 2020. In Brazil, there were about 260 thousand deaths from cancer in 2020. Globally, nearly 1 in 6 deaths is due to cancer. Approximately 70% of cancer deaths occur in low- and middle-income countries. In Brazil, the estimate for each year of the 2021-2022 biennium indicates that there will be 625,000 new cases of cancer ((Instituto Nacional do Câncer - INCA). Unlike heart disease, cancer survival rates have not improved significantly over the past 50 years. Thus, cancer continues to pose a challenge to medical science.

New advances have been made to complement traditional therapies - surgery, chemotherapy and radiotherapy. Among the new therapeutic options, monoclonal antibodies stand out among therapies for directed targets, i.e., those that seek to act on specific molecules present in tumor cells. Due to their high specificity for the target in question, monoclonal antibodies are, in principle, less toxic than traditional chemotherapy also acting in different processes as in the control of disease progression and in the prevention and control of metastases, thus increasing the survival time, with better quality of life for patients.

More recently, a new class of monoclonal antibodies has been gaining ground in the treatment of various neoplasms: immunobiological drugs, which act on the patient's immune system and have been revolutionizing the treatment of some tumors, such as melanoma. Greater efficacy, coupled with lower toxicity, has made some of these drugs currently be listed as first line of treatment in some types of cancer. Another possible action of the monoclonal antibodies that has also been studied involves their ability to carry toxins to a specific site. These are the so-called Antibody Drug Conjugates (ADCs) that can induce the death of specific cells, such as tumor cells.