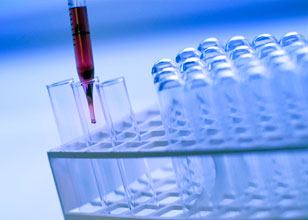 Seeking answers for the
population health on the bench

ReceptaBio has a R&D program of new peptides for oncology purposes. This program is developed in collaboration with Brazilian scientists in the laboratories led by Prof. Dr. Luiz Travassos, Full Professor of Federal University of São Paulo (UNIFESP) and member of the ReceptaBio Advisory Board and Prof. Dr. Alexandre Barbuto, associate professor of University of São Paulo (USP), who research the anti-tumor activity and mechanism of action of some peptides. Several dozens of peptides have been generated from the complementarity-determining region (CDRs) of different humanized monoclonal antibodies and are being tested for their potential therapeutic abilities. Two of them - called Rb9 and Rb10 - have been subject of patents already granted in several countries. Rb9 has been the subject of a second patent application and is being developed for clinical use.